A drab, grey plastic mould chair, scuffed black metal legs akimbo, spins through the air above the ready-rubbed tobacco floor - an unhinged Apollo lunar lander in search of its own Sea Of Tranquillity. Its graceful arc ends with a rude clatter, another voice adding to the untrammelled cacophony around me. I’m picking up bad vibrations, it’s giving me palpitations. We’re not in a night club in the city, we’re in a modest church hall in the suburbs, and The Stunt Kites first public performance is ending in a riot.

“Then they smash them all to bits!”

Laughter breaks the spell, Steve Chapman’s Cadbury’s Smash robot impression reducing his guests to crumpled cackles. There’s a small gang of us at Steve’s house on the Crabtree estate. Lost in the small hours of an August morning, Vinner, Wilma, Lango, John Allen and myself are listening to Hawkwind’s “Warrior On The Edge Of Time” and the first Motorhead album. Rizla papers and Golden Virginia rolling baccy are strewn across the fold-out shield in the Hawkwind gate-fold sleeve. The conversation is fuelled by nothing stronger than Lemmy, lager and the lust for independence that comes with the novelty of freedom from parental control.

On the coffee table is a handsome book of punk-rock fashion. The preface is an old Icelandic proverb:

“Each man loves the smell of his own farts.”

This strikes seventeen-year-old me as being incredibly profound and wise.

The shrill tinkle of the doorbell pierces the convivial fug. Steve traipses off to see who it is.

“Nothing officer, we’re just having a few cans and a bit of music and chat.”

“We’ve had a complaint about the noise. Turn it down alright? We don’t want to be coming back again.”

“Alright chief, no problem, straight away!”

South Yorkshire constabulary’s finest return to the mean streets of Page Hall, and Lemmy is replaced on the stereo by the new Rich Kids’ single. This softest brush with the law is just a fresh strand to be woven into our teenage tapestry.

“I mean, there he is on the cover of new album, on a chair that says “NOT TO BE TAKEN AWAY”, and then two weeks later he’s gone!”

“I know, it’s like that Skynyrd album; they’re all in flames on the cover and then their plane crashed!”

As the nonsense night-shift pushes on towards dawn, vows are taken to be snapped in bed with Debbie Harry or Kate Bush, for solo album flights of fantasy that will never surface. 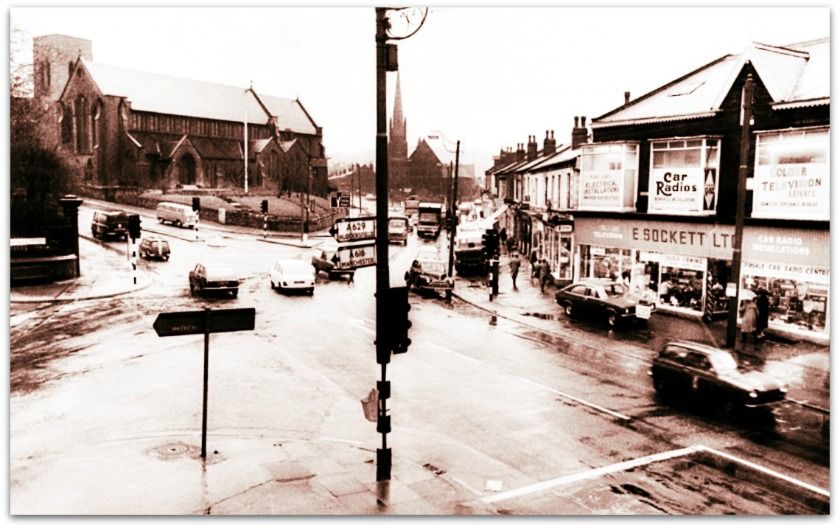 School friends Steve Chapman and John Allen have just formed a punk band called The Stunt Kites. John joined our class at Firth Park Comprehensive a couple of years earlier, and it was immediately apparent he was different to the rest of us. His uniform was immaculate; his school tie worn at the normal “adult” length, unlike the chin-grazing stubby sausage roll favoured by the male majority. John carried a brown leather satchel; everyone else had Adidas or Gola kit bags. The clincher, however, was his accent; no-one else round here spoke with Received Pronunciation, apart from Mr. Holmes the physics teacher, who was at least sixty.

In short, we all thought John was posh. As it turned out, he was very good company when we got to know him: intelligent with a dry wit, and blessed with a fine sense of the absurd which fitted in well with our gang’s Python-esque outlook on life.

Spiky-haired Steve Chapman is a wicked mimic, with a sense of humour to match. He has aquiline good looks and a penchant for chef’s jackets and Winkelpickers. Steve also has cooler taste in music than most; the first time I hear Kraftwerk’s ‘Trans-Europe Express’ and the first Velvet Underground album, they are his records. He is also a major Hawkwind and Motorhead fan.

Meeting one night at The Penthouse Club, one of the few punk venues in Sheffield before The Limit opens, they decide to form a band; John will sing and Steve will play guitar. They write some songs together, but don’t have anywhere to practice, or a rhythm section to fill out their sound. Vinner and I offer to help.

Sometimes we play at Vinner’s, sometimes we play at Timbo’s house. One or other of the lads assumes the Glenn Matlock bass-man role (they’re just too musical to be Sid Vicious), with me doing my Paul Cook impression on drums. We mostly play Sex Pistols songs, or one of John and Steve’s own compositions: “Suburbia”, “Made In Hong Kong”, “Fool’s Paradise” or “Dead Boys”. This music is so much fun to play. Why have we been torturing ourselves learning all the dove-tailed sections to bloody “Band On The Run” when careening through “Bodies”, screaming like Stukas at the top of our lungs, is clearly the most joyful thing you could ever wish to do?

My friend Brent is also learning to play the drums. I’m trying to help and encourage him, though I’m possibly the worst teacher he could have. I can stumble along in an urgent 4/4 clatter, but the onset of every drum roll around the kit is an adventure from which I may never return. Happily, punky playing emphasises the mental in rudimental, and soon he’s mastered a primitive pummel inspired by the Duracell bunny and Bingo from The Banana Splits.

Twelve months my junior, Brent is in the same year as two other lads – Nigel Renshaw and Mick Greening. They have a putative punk band called The Surgeons. As a friend of both camps, I can see how joining forces could be mutually beneficial; two fledgling groups playing punk rock in the same school. The Stunt Kites need a rhythm section; The Surgeons need a frontman and songs. Despite some initial misgivings, the two bands join forces under the undeniably marvellous Stunt Kites moniker. 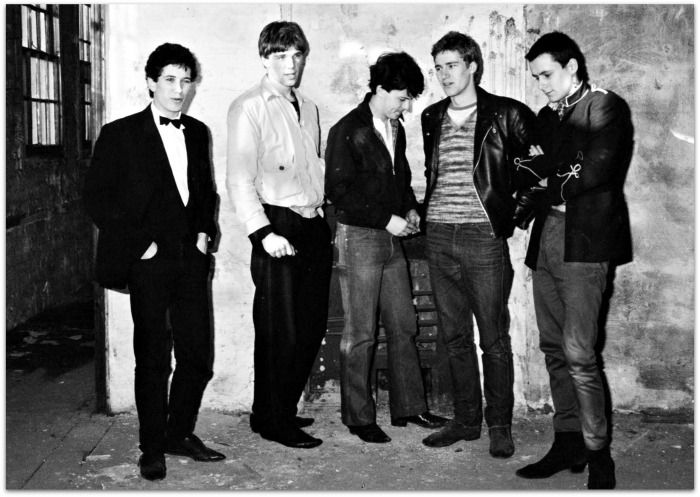 Their first gig is on Wednesday 4th October at The Gateway Club, a meeting place for people with learning disabilities near Norfolk Park. Vinner, myself, and most of our equipment accompany them. The enlightened, sympathetic term “people with special needs” is still some years away from coinage; through our teenage eyes, these folks are backward, mentally handicapped or worse. Theirs is a closed world, and the reception the band gets from everyone at the club, carers and cared-for alike, is warm and welcoming. This is loud, shouty, bold music: the drums thump and the guitars clang, everyone has a good time jumping around, and John Allen is treated as if he was Freddie Mercury.

Encouraged, the first Stunt Kites public performance takes place at Saint Cuthbert’s Church Hall in Fir Vale the following month. We know the caretaker, having played there earlier in the year. There’s no bar, so the Off Licence across the road does a roaring trade in cans. Steve Chapman is bewitched by the comely victualler of the premises, his very own Venus in Fir Vale. 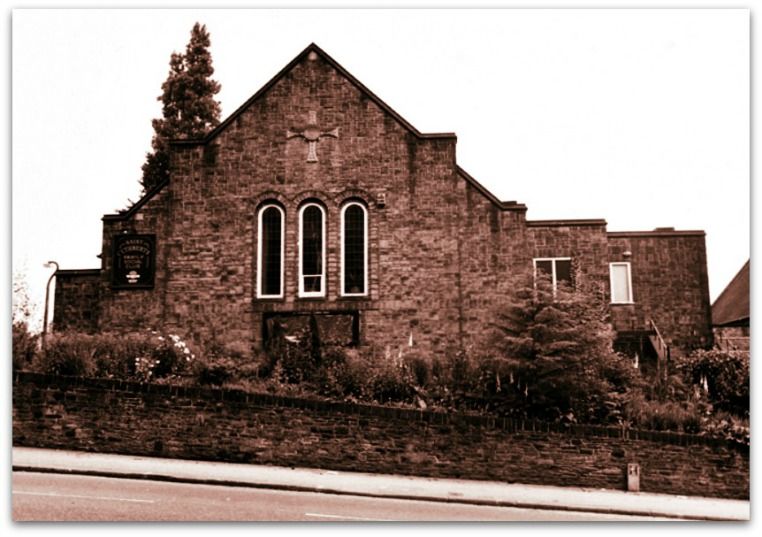 What the Stunt Kites lack in originality, they make up for in sheer enthusiasm. Nigel Renshaw’s blatant Steve Jones’ copping Yobbo power-chords do battle with Steve’s more Banshee-sque chop-chop rhythms, a malevolent mesh of cheap electric guitars engorged by the battered, black beehives of amplification behind them. Meanwhile, Mick Greening and Brent pound out a basic Lurkers-like back-beat, an unhindered battering ram of spit, spunk and bile. In front of this, the normally polite, bookish, erudite model pupil John Allen has transformed himself into Sheffield’s very own Johnny Rotten – hectoring, withering and wailing, dropping his H’s like a demented Eliza Doolittle in reverse. A sinewy Caesar and his belligerent legion.

It’s their first proper gig, and much like the home-brew that mad Uncle Jack has festering under the stairs, the Stunt Kites are undeniably potent, but not necessarily something you would want to drink more than a thimble of.

Nonetheless, they are going down a treat with the crowd, mostly a mixture of school friends, the bored and the curious, plus some young punks and a smattering of skinheads and teddy boys. Put these three tribes together, with no security, and you have a cocktail for aggravation that needs little shaking or stirring. Someone kicks the padlock off the door to the kitchen, and suddenly the sound of smashing plates is a ceramic counter-point to the defiant drone from the stage. A truculent ruckus ensues, Heineken cans howitzer towards the stage, chairs fly like part-dissected spiders, and I fear for our gear, which the Stunt Kites have borrowed. I haven’t been this scared since some West Ham fans rushed into the United end at Bramall Lane.

The caretaker arrives with adult back up. Things simmer down, the gig finishes, and the crowd disappears into the November night. The wave of violence recedes as quickly as it rushed in, leaving only crushed cans and cracked cups on its cig-butt strewn shore.

Plates, china and tectonic, shift that night. In a city where synths and drum machines rub up uneasily against club turns and heavy metal, the Stunt Kites have started their own little youth quake. Pure punk for teenage tearaways who were too young for the initial impact of the New Wave. Tonight might have only registered a jelly mould quiver on the Richter scale in the suburbs of North Sheffield, but the repercussions will rumble on in South Yorkshire for years to come. 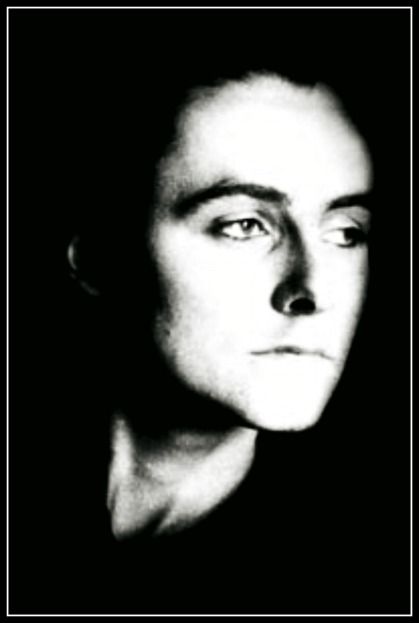