There are two yellow balls in the sky.

The first one is the sun, eternal, implacable, blazing down on this gorgeous July afternoon. The second sphere is small, soft and scuffed, earthbound on a parabolic curve somewhere over my head. There’s a tiny eclipse as I run backwards, limbs akimbo, racquet gripped in sweating paw, flailing to reach the ball.

Vinner has lobbed me, and the game is lost.

There is a lot of tennis played in the summer of 1978, most of it to a pretty poor standard – bored yawn rather than Björn Borg. None of the lads from the band – Vinner, Wilma, Lango – has a first serve that could be described as reliable; “I’ve seen better service in The Wimpy” is a regular retort across the net. Nevertheless, many sunny afternoons are spent on the concrete courts of Abbeyfield Park – 20p for an hour – in sunburnt yet pale imitation of Connors and Năstase.

We’re in Vinner’s kitchen after yet another game from which he has emerged victorious.

“The Smirks are playing at The Limit on Thursday, do you fancy it?”

I’m excited. This is my first time going to The Limit. The venue opened in March, with local clubland heroes Bitter Suite on the first night. Happily the promoters have a booking policy that pushes beyond the crushed velvet crooners who dominate the Sheffield WMC scene, and The Limit has quickly established itself the place for punk, new wave and rock bands and their fans. This progressive outlook is coupled with a relaxed dress code: jeans and trainers, guaranteed to get you refused entry anywhere else, are practically a uniform here. 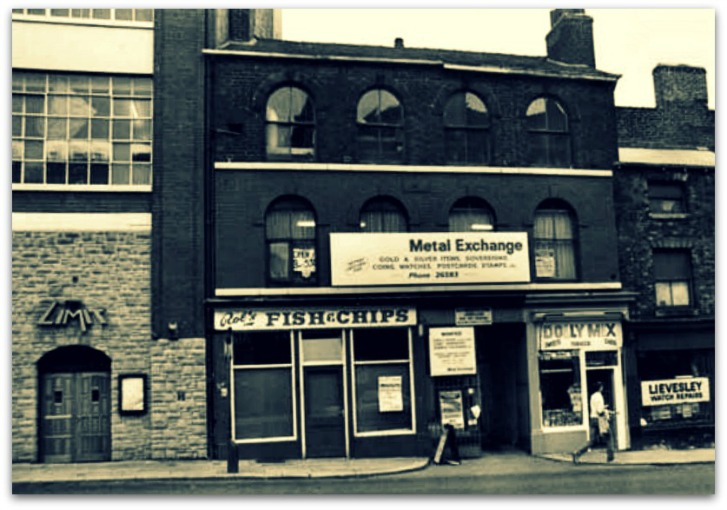 The Limit occupies a grungy cellar at the town end of West Street, linking the city centre with the University a mile further up the road. I don’t know it yet, but I’ll spend an extraordinary amount of time traipsing up and down these pavements in the coming years. It’s a Thursday night, outside of term-time, and there are about 50 fans in. This is what a new single on Beserkley (home of Jonathan Richman and The Rubinoos), a John Peel session and a couple of spins on David ‘Kid’ Jensen will garner in Sheffield on a warm July evening. Only open for four months, the basement space is already odoriferous: the aroma of stale beer, lingering ciggie smoke, dance floor exertion and sustained flatulence is pervasive. I like it; because it’s the complete opposite of the swanky, swish Baileys half a mile down the road. The music is different too: The Police, Talking Heads, Tom Robinson, Boomtown Rats. No Bee Gees. 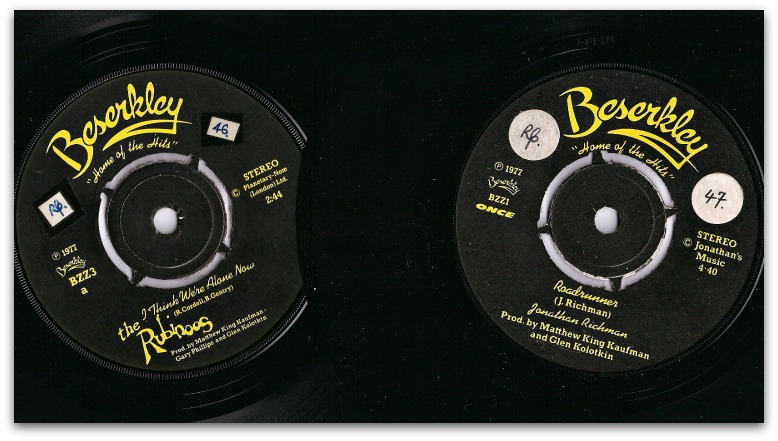 As their same suggests, affable post-punkers The Smirks don’t take themselves too seriously. They paddle in the same silly stream as fellow Mancunians Alberto y Lost Trios Paranoias, but where the Albertos favour parody with a surrealist twist, The Smirks pursue new wave power pop: mixing levity with brevity, they’re a less lovelorn Buzzcocks, or XTC without the neurosis. Their debut single “OK: UK” - a robust rejection of the cult of California cool - is a northern cousin of “I’m So Bored With The USA” by The Clash. “Streets” is about Parisian prostitutes, while the black pudding reggae of “Up Aye Up” turns out to be a spirited Salford skank in the same vein as The Wailers’ “Get Up, Stand Up”. Punchy, but not preachy, they throw in an on-the-money piss-take of folically-challenged, po-faced Magazine front man Howard Devoto, called “The Hair Falls Out Of Me”. 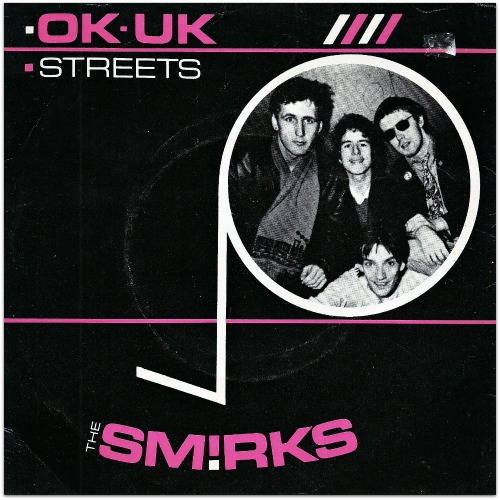 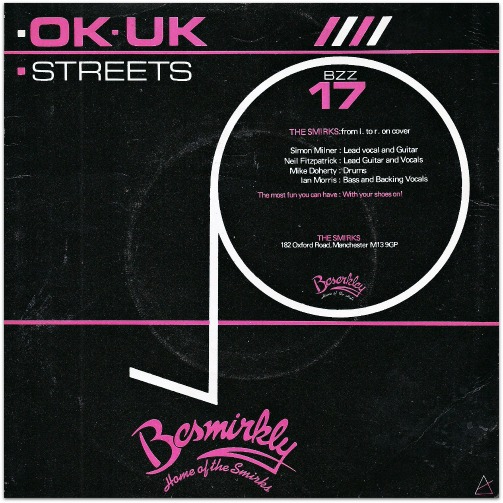 A skinny collision of Sue Ryder Shop chic and low-budget barbering, The Smirks and their audience are cut from the same cloth, fashion-wise - the look is natty but knackered. This is their sixty-fourth gig since signing to Beserkley in March, and Vinner and I can only stand and admire the confidence and chops that this kind of intense gigging gives a band. For a young pup like me, raised on a stringent diet of Beatles and Beach Boys, this concise, harmony-heavy, high-octane fuelled power pop has more fizz than a bottle of Cresta, and is close to perfection. I’m 17 and I can’t stop Smirking.

The Smirks depart in triumph, Vinner and I stay on for a sulky shuffle on the dance floor to “Just What I Needed” by The Cars and “What A Waste” by Ian Dury; the bodacious boogie which has graced Baileys replaced by something more self-consciously cool, in keeping with the shabby surroundings. The last record of the night is “Take It To The Limit” by the Eagles, a reminder that the hippies haven’t disappeared, and are still in charge of the sound system.

There is an excellent Smirks archive here.

"Take Me To The Limit" Spotify playlist here.