The drummer’s off to be a man in uniform, and with this bombshell, the band I hang around with overnight becomes the band I’m in.

Spring ’78 sees us recalibrating the hardware. Wilma gets a Japanese Les Paul look-alike, Vinner buys a new acoustic, Lango hands over £80 for a Rickenbacker bass copy, and I give Vinner’s brother £60 for his mis-matched drum kit. This is promptly clad in matt black sticky-backed plastic to create an illusion of uniformity. Pride of place goes to a Carlsboro PA - £250 from ‘Musical Sounds’ – and we are ready to tackle Bitter Suite, Johnny Kalendar and the other big acts on the beer, Babycham ‘n’ bingo circuit.

Musically our ears are wide open. The arrival of punk hasn’t prompted any Stalinist re-write of history in our little world. It’s simply another genre to graze on, like reggae, or soul. Todd Rundgren’s Utopia on the Old Grey Whistle Test is discussed with the same Catholic passion as sibling surrealists DEVO.

Here’s what we bought on Saturday 8th April:

Timbo: Paul McCartney & Wings – ‘At The Speed Of Sound’

There’s no slagging. No ‘my-band’s-better-than-your-band’; just a mutual audio Entente Cordiale. It’s in this spirit of sonic glasnost that Vinner, Lango and I head off to see After The Fire at Sheffield Poly on Arundel Gate. 50p in, plus support. It’s a Saturday night, and the resident Joe Cool Road Show disco is trying to get the party started. It’s a struggle for them; rallying the bum-fluffed and flared ‘heads’ up from their cross-legged conversations in front of the stage. Finally, ‘Cor Baby That’s Really Free’ by John Otway and Wild Willie Barrett breaks the spell, and some sporadic pockets of hippy-dippy boogie break out on the dance floor.

“Plus support” tonight means Harlow. They’re from Doncaster, 20 miles up the road, and like us, they are trying to crack the club circuit. Harlow, five lads about our age, are very good - purveyors of power pop somewhere between The Raspberries and Badfinger. The singer Steve Hoggarth oozes confidence, and they play their own songs. This is a brave decision, covers are king in the clubs. We’ve just added ‘I’m A Believer’ and the ambitious, multi-sectioned ‘Band On The Run’ to our set. 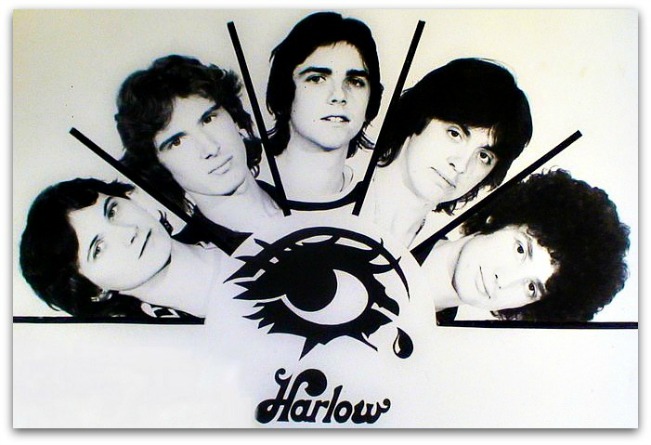 Harlow relent, and end with a perfect Xerox of ‘Back In The USSR’, replete with jet engine noises; just like the record. Beatles freaks to the core, we are impressed. Harlow make success look achievable. A Saturday night support slot at Sheffield Poly looks a lot like success from where we’re standing.

While we wait for the head-liners, talk inevitably turns to our band. We’ve got an audition at Lane Top WMC next week, and no-one likes our name. “It’s wet, it’s soppy. It makes me want to fart” says Vinner vehemently. He’s got a point; it doesn’t get much more anodyne or vanilla than The Sounds. 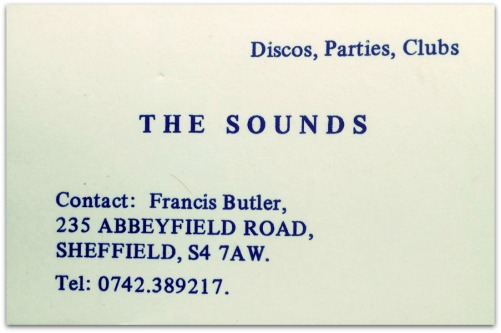 After The Fire are a Christian prog-rock trio, drawing on the book of Genesis and the band of the same name in equal measure. We’re not adverse to progressive rock; to be honest my 1977 was more about Pink Floyd than ‘Pink Flag’. The God stuff? Not so much. After The Fire have played at the Greenbelt festival, although this could be a gathering for intermediate judo skills for all I know.

I’ve grown up in a house where we use the church in much the same way we use the local paper; for births, weddings and funerals. I don’t mind singing ‘Morning Has Broken’ in school assembly, now Cat Stevens has made it a hit. And I can broadly get behind the wide-eyed, new age homily of Les Crane’s 'Desiderata'. Yes, I am a child of the universe, and yes, I concur that no doubt the universe is unfolding as it should. Add Jimmy Webb’s reincarnation masterpiece ‘The Highwayman’, stir in the cod philosophy of Barclay James Harvest’s ‘Everyone Is Everybody Else’, with a soupçon of Moody Blues mysticism and you have an overview of my spiritual compass circa 1978. 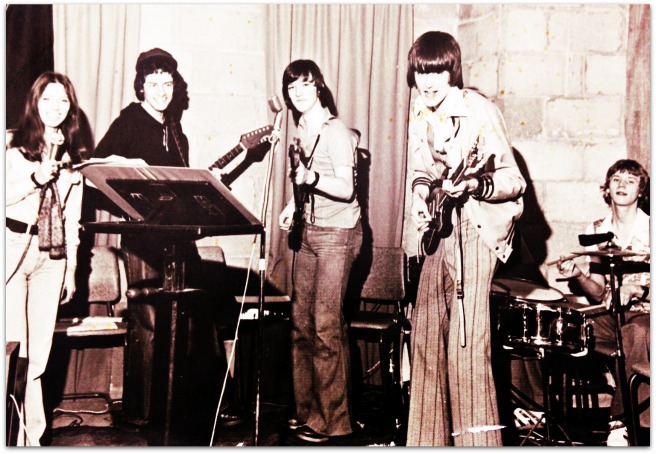 Vinner, Timbo and Wilma recently played in the local Methodist church production of ‘A Man Dies’, an obscure, pop-opera precursor to ‘Joseph and the Amazing Technicolour Dreamcoat’. Sometimes on a Sunday evening we are invited around to the Reverend’s (“Call me Ian!”) flat to sit on bean bags, and listen to ‘Tapestry’ by Carole King or ‘Alice’s Restaurant’ by Arlo Guthrie. There’s no “message” as such, but the invitations wither when we decline to join in worship, which also happens to coincide with us discovering the pub. 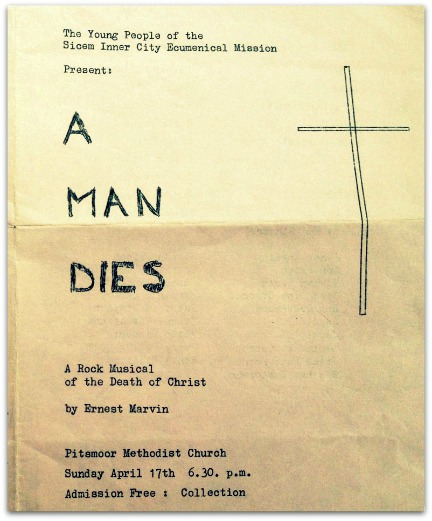 Frock coats and facial hair to the fore, After The Fire are the Kwik Save Supertramp - more time changes than a horologist’s convention on the International Date Line. “Pilgrim”, “Back To The Light” and “Now That I’ve Found” make their credo clear. It’s Vangelis for Evangelists; as the keyboard player Peter ‘Memory’ Banks noodles on udon. 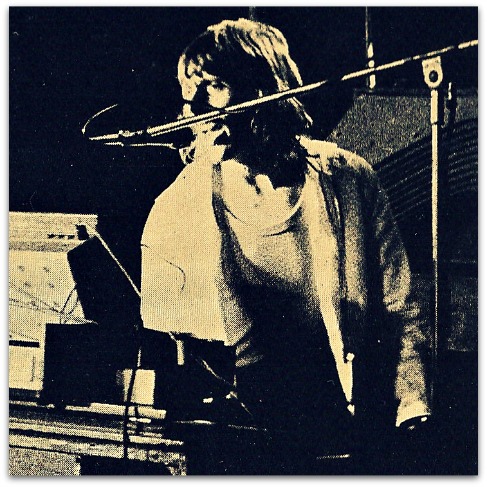 Peter 'Memory' Banks - After The Fire.

Five years into their vocation, they’ve just self-released their debut album, no mean feat in itself in these fledgling days of independent labels. They seem to approach music making with the same stringent application to structure and delivery as setting up their own mail order business. 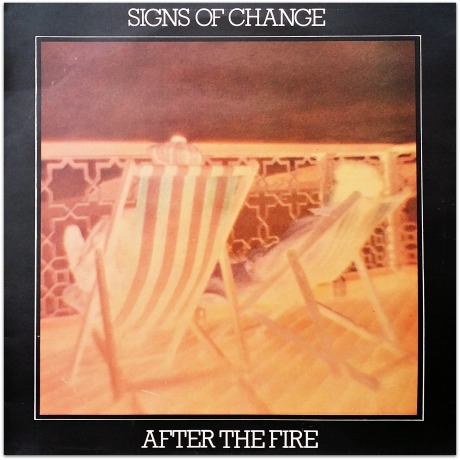 There’s so much planning in these songs that I’m half expecting a theodolite solo. I’ve no problem with aural architecture, they’re aiming for an Alhambra of sound, but what resonates around the hall is the busy, contained thrum of a municipal council office. 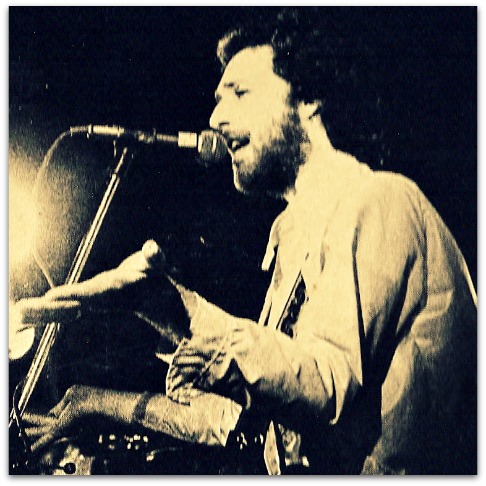 Andy Piercy - After The Fire.

Nonetheless, there’s enough muso craft on-stage tonight to get the crowd going, and by the end the show this C of E ELP have made some new converts. 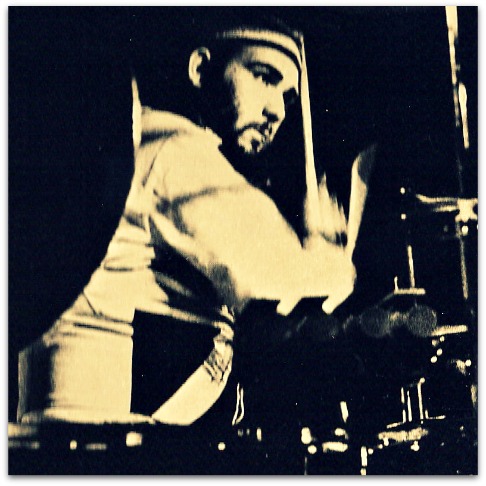 After The Fire: rigorous, vigorous, but not for us. It’s the possibilities suggested by Harlow that leave their mark. There’s a new venue in town called The Limit, and Lango has already decided to go and see them there again next week. Vinner’s thinking about the audition, and what we’re going to call ourselves. I’m thinking about exam revision, and about how I really need to start doing some.

After The Fire, like countless other bands caught in the vortex of the punk maelstrom, cut their hair, chopped their songs, ditched the flares and went New Wave. Signed to CBS, they enjoyed a UK hit in 1979 with ‘One Rule For You', and a Top 5 US hit in 1982 with an English-language version of Falco’s ‘Der Kommissar’.

Harlow released a couple of singles, quit the club circuit and moved to London in 1980, changing their name to The Neutrinos. A couple of bands later Steve Hoggarth dropped a ‘g’, and as Steve Hogarth became internationally known as the singer after Fish in Marillion.

We played the audition as The Answers, quite possibly an even worse name than The Sounds. 20 years hence an Ikea – Indie pop band from Stockholm will manage to give the name a patina of Scandinavian cool.

Johnny Kalendar is still gigging in Spain, where he is known as Mr. Benidorm.