Sign on at the dole office on West Street; peruse the cards at the job centre and the situations vacant column in ‘The Star’; post written applications for clerical positions at steel works, libraries, printers, hospitals and newspapers. If summoned for interview, polish my shoes, press my horrific bottle-green “best” suit and bravely parade my solitary A-level (English Literature) in front of an interchangeable panel of personnel officers and middle managers.

Three days later: “thank you for your interest, unfortunately your application has been unsuccessful on this occasion.” Cue up my favourite Roxy Music B-side and repeat the process. 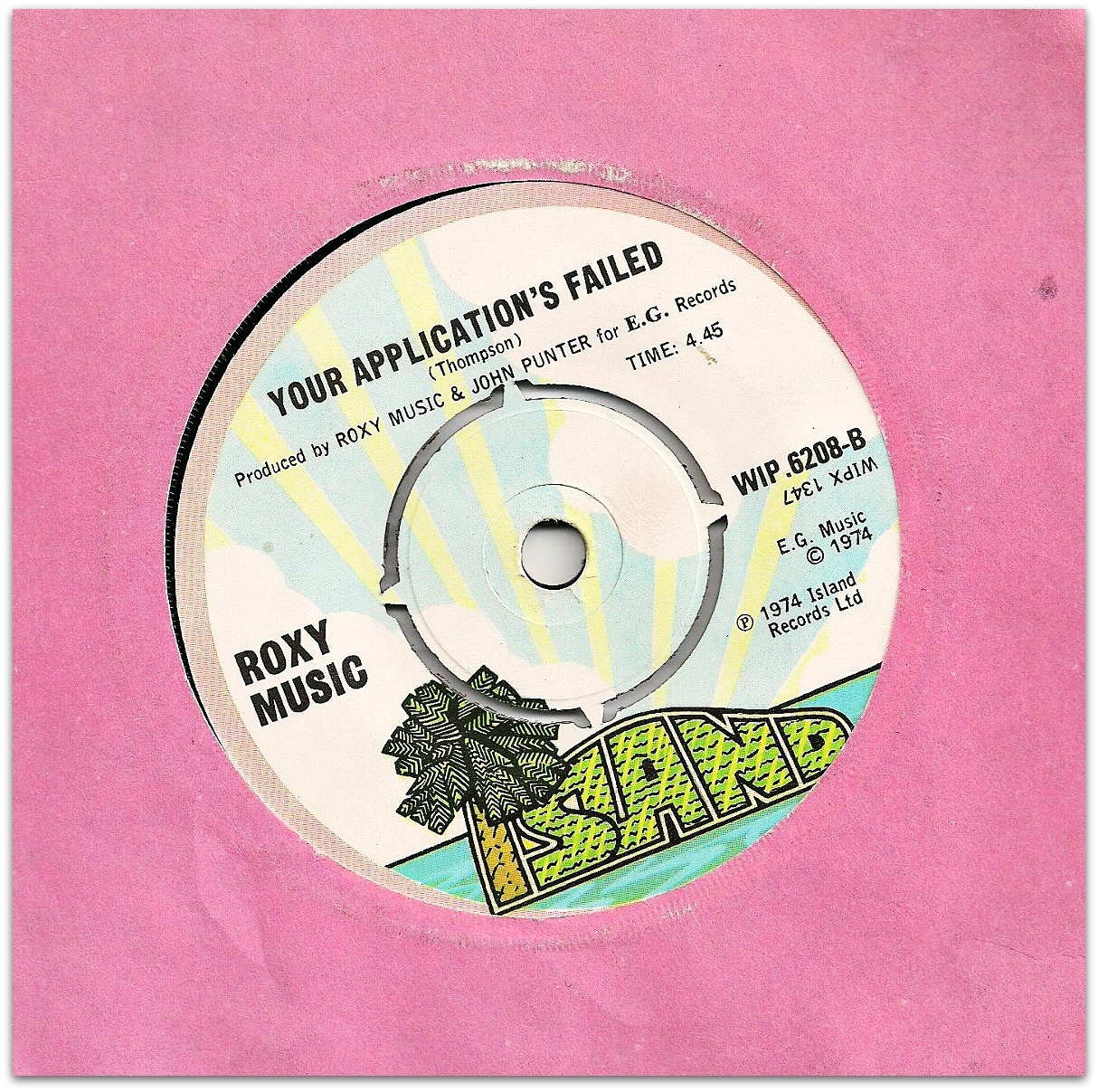 Five months since I left school, and six since I joined ClockDVA. In half a year, the band has managed to play four gigs, or “events” as we prefer to call them. We practice a lot, almost as much as we theorise. A rehearsal space on The Wicker has just been vacated in favour of a redundant “little mesters” workshop, a Fagin’s den high across the rooftops behind The Limit Club on West Street. Simon the keyboard player has left, and we now have an exotic, bearded reeds-man named Charlie, bringing with him with a dazzling array of saxophones in varying shapes and sounds.

No job, no gigs, no matter. Plenty of time for me to cultivate my self-image as a serious young artist. I’m devouring the printed word: ‘The Book Of Sand’ by Jorge Luis Borges, ‘Mother Courage’ by Brecht, ‘The Art Of Noises’ by Luigi Russolo, and ‘Stand On Zanzibar’ by John Brunner, science fiction set in the unthinkably distant 2015. In ‘Opium’ by Jean Cocteau, there is a quote that I have highlighted:

“We only serve as a model for the portrait of our fame.”

It starting to feel like I’ve been sitting forever, I’m stiff in all the wrong places and this plinth is growing colder by the day.

Thankfully there are new records to revel in – Fad Gadget, The Undertones, Spizzenergi, Neil Young’s ‘Rust Never Sleeps’ (a parting gift from Oxford-bound Sheena Gates), Echo And The Bunnymen and The Teardrop Explodes. 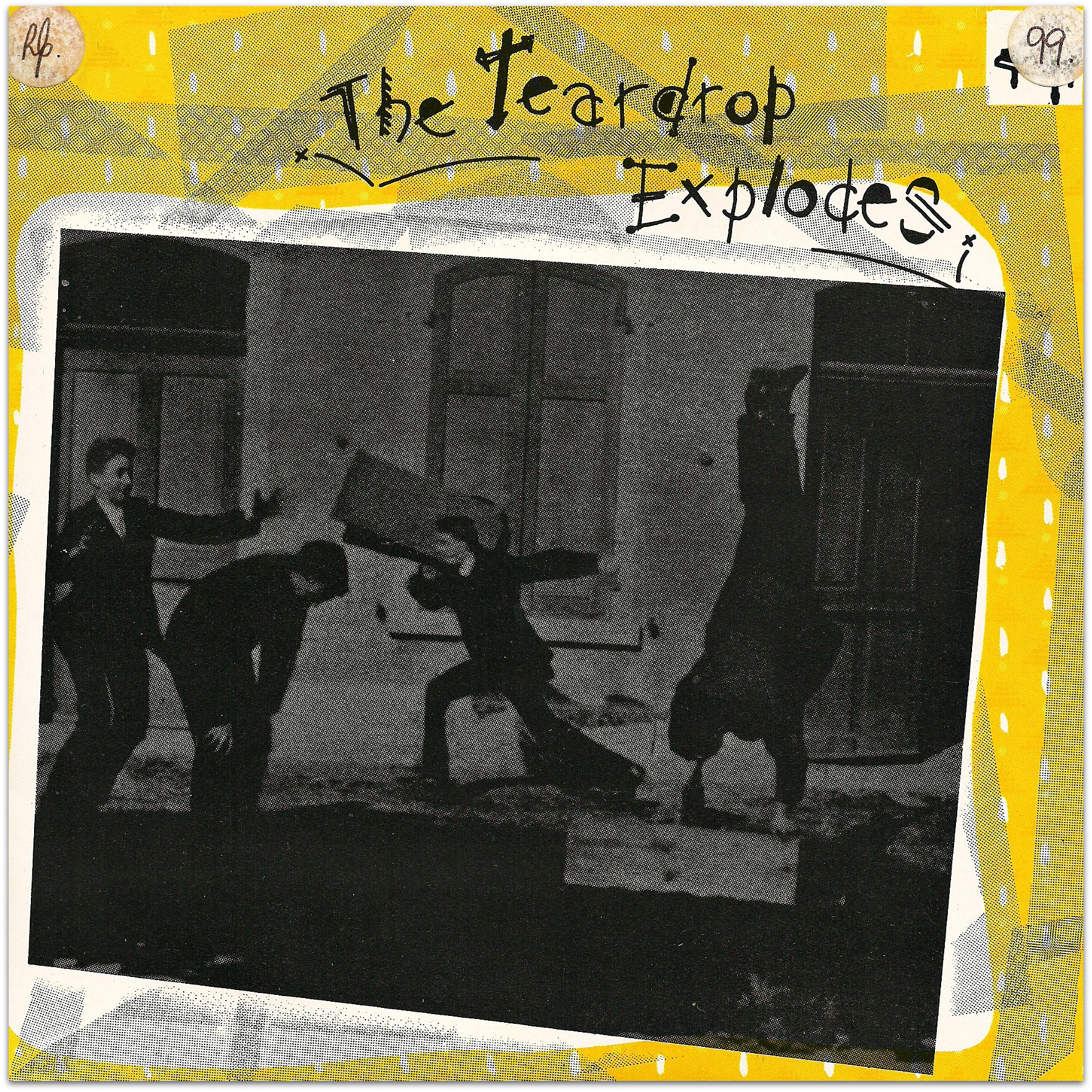 So when I see a flyer for a Zoo Records night at the University’s Now Society (Nowsoc for short), featuring both Liverpool bands, I’m determined to go, even if it means a solo trip. Going out on my own is quite a big deal, I absolutely dread arriving at the pub and finding I’m the first there. I’d rather go and wander around the block for ten minutes, in the hope that one of my mates will be in the bar by the time I swing back around. But tonight should be okay, Bar 2 in the students union is a regular haunt – knackered leather banquette seating, low ceiling and the full length seven minute version of ‘Riders On The Storm’ on the jukebox. Ten pence well spent. One of DVA’s rare live sorties was here back in August, and I saw a new Sheffield band called Salon Graph here just last month.

Bar 2 is jammed. This is what a couple of well received independent 45s, features in Melody Maker and Sounds, and the patronage of Radio 1’s John Peel will garner on a cold Wednesday night in November. On arrival, I’m disappointed to learn that Echo And The Bunnymen have cancelled, and that their slot will be filled by lugubrious locals Disease. I’ve witnessed their earnest, post-punk clang in a tiny pub called The Saddle back in July; so I opt to shuffle around the room during their set, casually sipping my lager and blackcurrant while quietly hoping that someone will recognise me as the drummer with ClockDVA.

I squeeze into a spot five yards from the stage, just as The Teardrop Explodes emerge. Drums rattle and amps flicker and buzz into life, drums rattle as the foursome get ready. They kick off with a song called ‘Second Head’, all choppy guitar and Z-Cars nee-na, nee-na organ. The band and the audience look the same, dressed down to the fives in our rummage sale finery and grand-parents hand-me-downs: Gulag chic. But the band shades it in the sartorial stakes, as if they have access to more exotic shops, a Sue Ryder in Soho maybe or the Oxfam in Cairo.

Perhaps I’ve been hanging out with local bands for too long, but it’s immediately clear that The Teardrop Explodes are operating on a higher echelon of musicianship and song writing, the tightest band I’ve seen since Joe Jackson back in March. Their sound is Talking Heads via Birkenhead, a cloudy, funky neuroticism you can dance to. I’ve recently borrowed (and taped, naturally) the first two Talking Heads albums from fanzine writer and friend of the band Martin Fry, so The Teardrop Explodes’ distinctly hazy, Lancastrian take on David Byrne’s preppy post-punk resonates loudly with me.

The hypnotic psychedelia of their debut single, ‘Sleeping Gas’, rainbow swirls down a Toxteth plughole, is substituted tonight in favour of something more direct and urgent. Front man and bass player Julian Cope is united in a fervent groove with drummer Gary Dwyer. This gives way to the jaunty up-tempo bounce of ‘Brave Boys Keep Their Promises’, heads are nodding, feet are shuffling, and the room is warming up.

“Sorry that Echo And The Bunnymen aren’t here tonight”. Julian Cope, Daily Mirror comic strip hero Garth sagging off from art school, is speaking to us. “They’re auditioning a new drummer. But here’s one of their songs…”

Mick Finkler’s churning guitar jangle launches into 'Read It In Books', the killer B-side to Echo And The Bunnymen’s debut single 'The Pictures On My Wall'. It’s impossible not to be drawn to Julian Cope; with his graven good looks and honeyed croon, as watchable as ‘The Great Escape’ on Boxing Day. He sings like a seraph under a golden bed-head of string and straw. 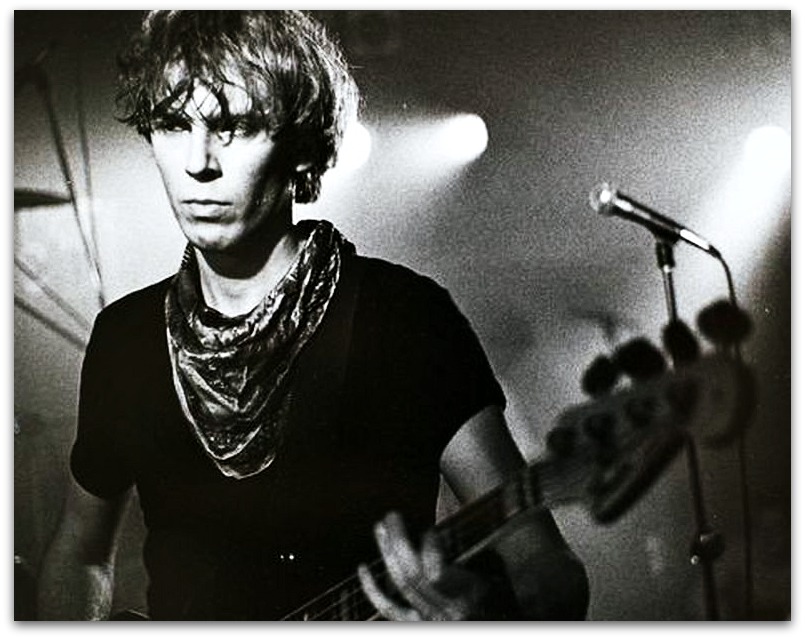 They thunder through the M62-meets-Studio-45 disco beat of ‘Went Crazy’, and the unhinged gait of ‘Ha Ha I’m Drowning’, before the dam is burst by the pulverising torrent of sound that is that is ‘Bouncing Babies’, the band’s latest single.

For all my po-faced posturing and avant-garde ambitions, some nights it’s just enough to be reminded why you like rock and roll music in the first place. Tonight, the charismatic Julian Cope and The Teardrop Explodes - with their crafted, catchy songs that effortlessly pontoon rock to punk to pop do just that. Back in love with the restorative powers of rock music, I go out the next day and buy ‘Darkness On The Edge Of Town’.

The Teardrop Explodes, tracks from live at Leigh Rock Festival, 27th August 1979 and in session for John Peel on BBC Radio 1 on 2nd October 1979 on a Spotify playlist here.