Brick by brick, I have started to dismantle the lighthouse-sized torch I have been carrying for Sheena Gates. Our on/off relationship has been flickering intermittently since she left to study in the city of dreaming spires, so when the Oxford-postmarked ‘Dear Roger’ letter arrives in mid-October, I decide to go the full Fred Dibnah on what is already a crumbling edifice. Naturally, I do what any jilted teenager would do, write heart-torn sixth-form verse and listen to Joy Division. “We were strangers for far too long” – amen, Brother Curtis.

My first encounter with Salon Graph is at a Now Society (Nowsoc for short) night in Bar 2 at Sheffield University’s student union. A drummerless quartet, they are led by Ian Elliott, known simply as Elliott, on lead vocals and guitar; he looks like a young, lean Andy Warhol. On bass guitar – tall, handsome, lantern jawed and channelling Studio One reggae vibes - is Ian Burden, known as Eric. Leaning over a Teisco organ is Martin Rootes, known as Did, who resembles the Buzzcocks’ Pete Shelley with a pudding bowl haircut; He’s also keeping a watchful eye on the drum machine.

All three are originally from Peterborough, drawn to Sheffield in search of further education, cheap beer and even cheaper bus fares. Earlier in 1979, then known simply as Graph, they contributed a superb, Wire-inspired, song called ‘Drowning’ to the Earcom EP released on cool Scottish independent label Fast Product (home of The Human League’s debut 45). Since then they have lost a drummer, prefixed their name with the café society-suggesting ‘Salon’, and recruited Pam Young from local new wave hopefuls The Parts. 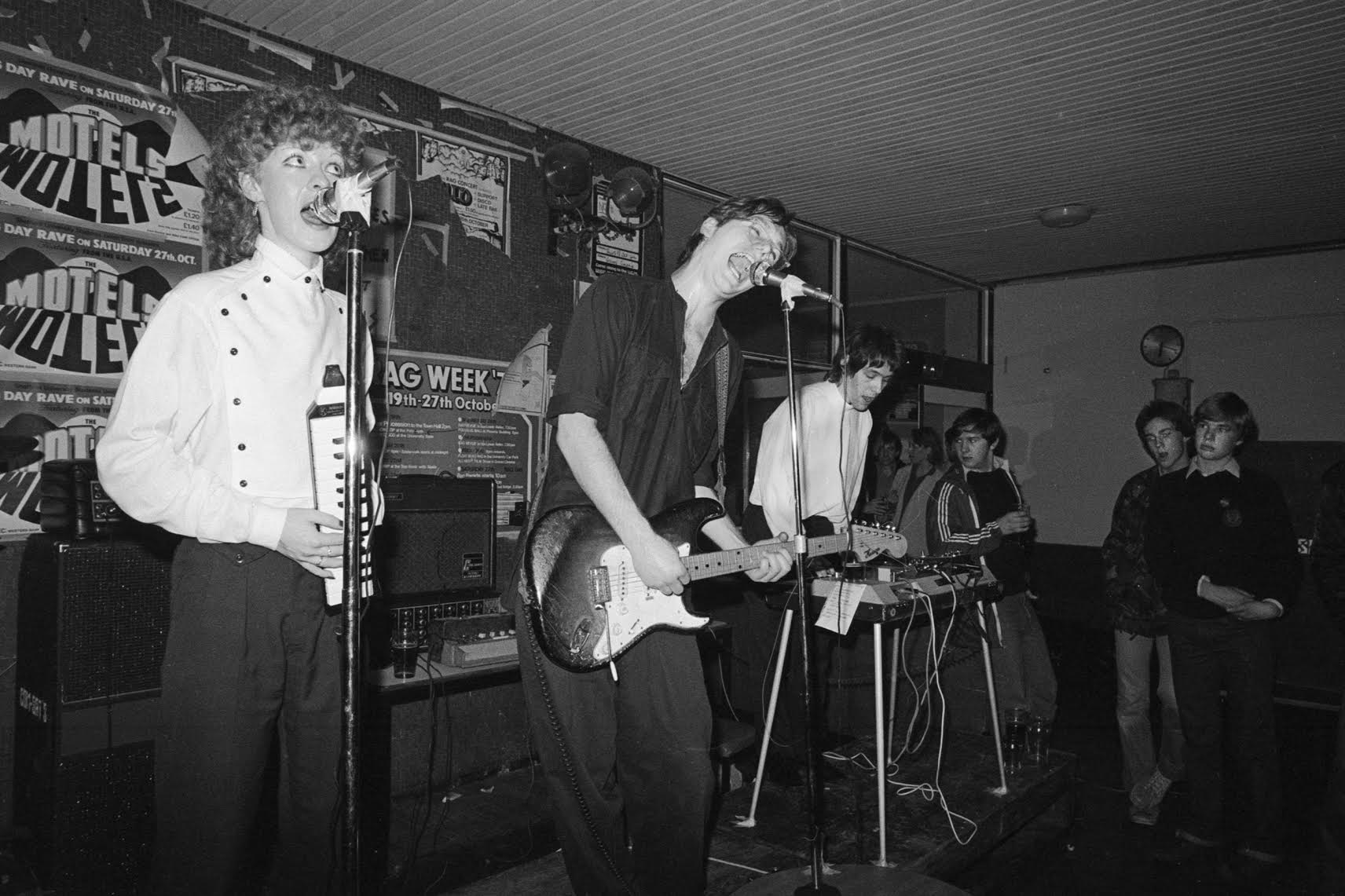 Pam provides a sweet harmonic counterpoint to Elliott’s neurotic warble. Their voices, strawberries and Strychnine, blend surprisingly well. She also chimes in with sleepy, narcotic drones on melodica, adding to the elastic, dubby feel of the music. On stage all four onstage obey a strict monochrome dress code. Pam looks like a chic Napoleonic chef, petite, coquettish with Aero-bubble curls that tumble over her shoulders; she is as pretty as a Peak District postcard. I resolve to go and see her, and Salon Graph, again, as soon as possible. Sheena’s one million candle power beacon is snuffed out in an instant. 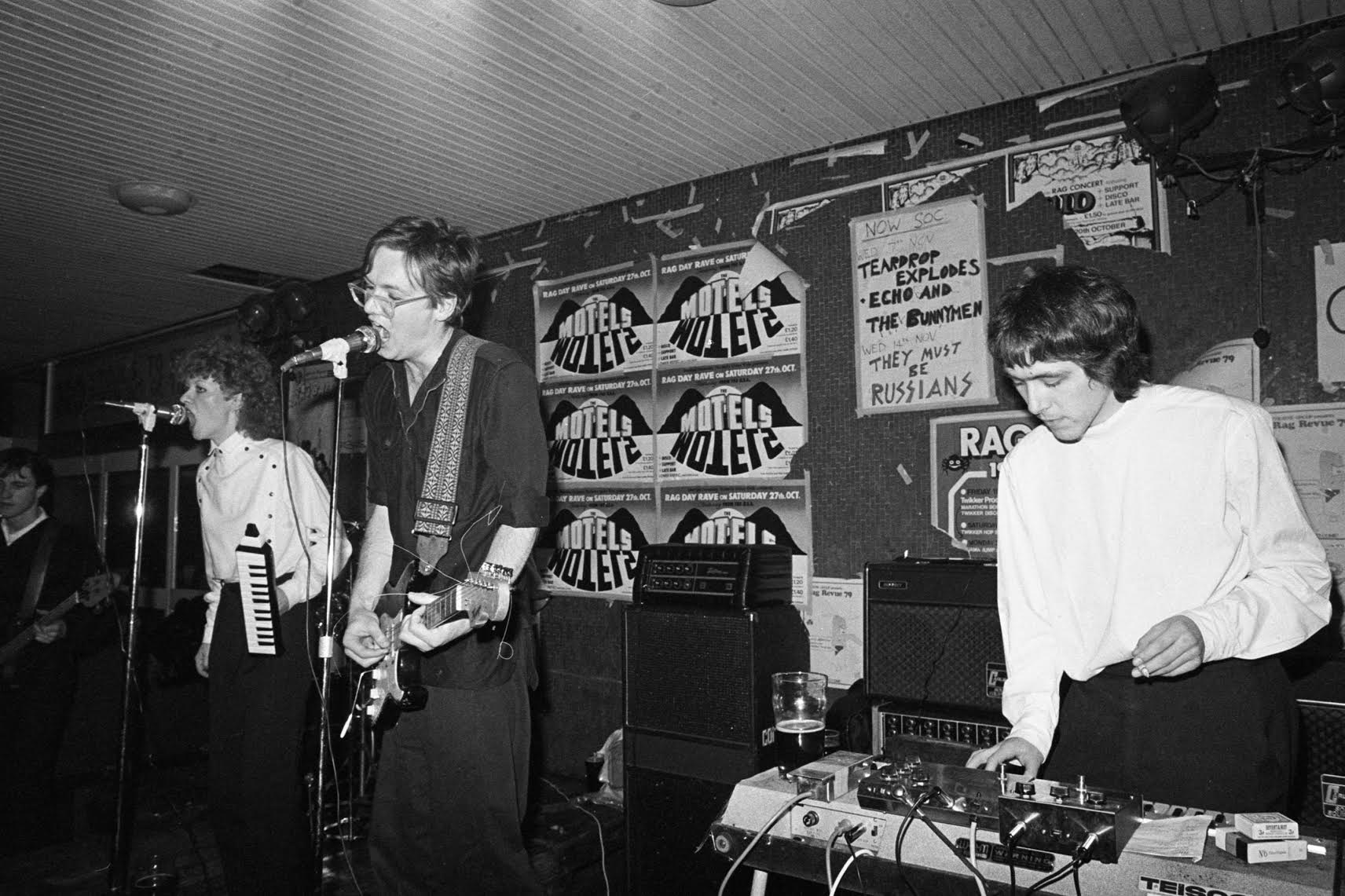 “I mean, imagine flying straight into a mountain.”

“The pilot’s hardly likely to reverse into it he is?”

On the top deck of the 76 bus to The Broadfield, one Friday night at the end of November; the conversation is dominated by the Air New Zealand crash in Antarctica and, in the US, a recent attempt on Senator Ted Kennedy’s life: 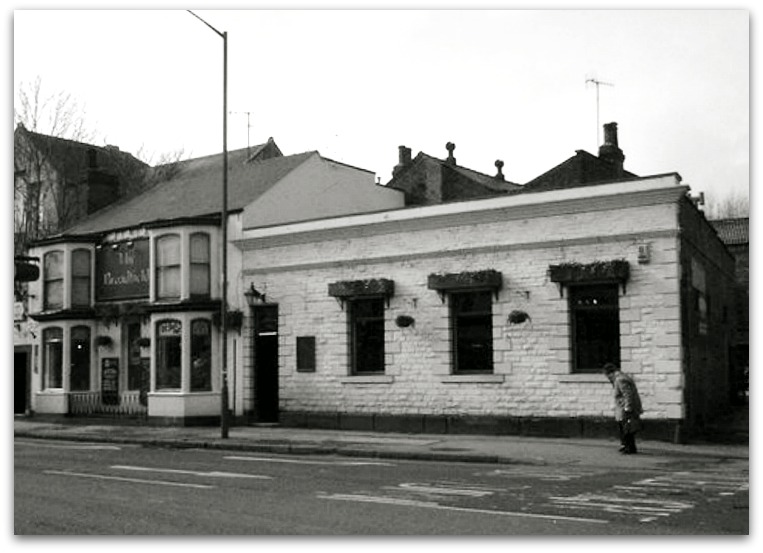 I’m with old school band mates Lango and Vinner, and we’re off to see Salon Graph. I’m on a mission to convert them both to the Church of Pam. The four-piece have since been joined by a drummer, their songs benefiting from the give and take that comes with human hands pushing the rhythmic pulse. Musical currents eddy and flow in escalating layers; this is post-punk as a game of Jenga, songs that tower and teeter, threatening to collapse at any moment. Elliott, shades of David Byrne here, walks the high wire between euphoric and shambolic.

“What d’ya reckon then?”

“Did you see she smiled at me?”

“She smiled at everyone, Rog.”

No, it was a special smile, just for me. I know the key to a good crush; it’s better to have shoved and lost, then never to have shoved at all. I’ll continue to ignore the warning to quit in the middle of unrequited.

Saturday 1st December, 8:45am. I’m standing in a short queue outside Virgin Records at the foot of The Moor. Just ahead of me is Stephen Singleton from Vice Versa. I sort of know him; he’s releasing a ClockDVA track on an EP next year. We’re both waiting in line to buy the new Talking Heads album ‘Fear Of Music’, the first five purchasers of which get a free sweatshirt. I love Talking Heads and I’m guessing Stephen loves them too. Maybe he knows Pam Young? This is an ideal opportunity to strike up a conversation, but, being stoic Northern men, not a word is spoken. 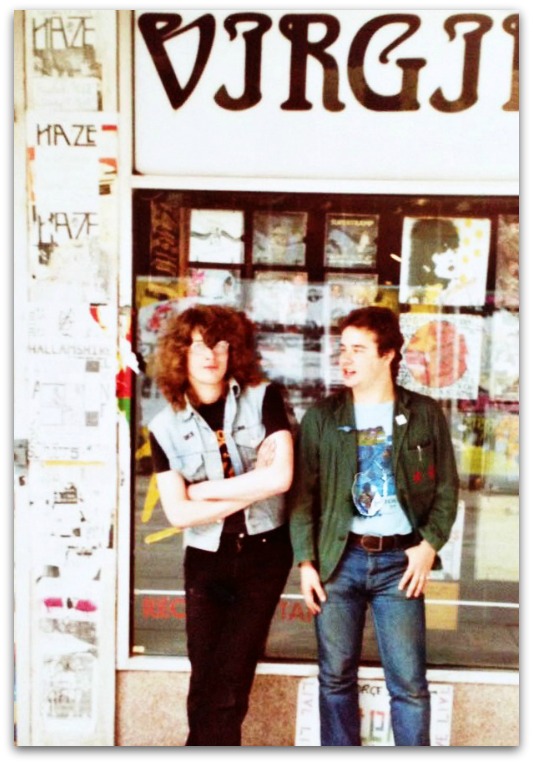 Sound dealers: Dave and Haze of Virgin Records, The Moor.

A week later, I’m at my third Salon Graph gig in six weeks. I’ve never seen any other band more than twice - apart from the Stunt Kites, who are mates, so that doesn’t count.

Since popping my gig cherry with an all-girl Runaways two years earlier, women onstage in bands have been something of a rarity for me. New wave bandwagon-chasers Snips had a female bass player at The Limit last year, and she would have been the last one I’d seen. Any falling debris from the all-woman Punk Rushmore of Siouxsie, Patti Smith, Debbie Harry and Ari Up has yet to carve out much of an impression in Sheffield, with the exception of the mysterious, gelid Jane Wilson of I’m So Hollow. And now, for me, Pam Young. 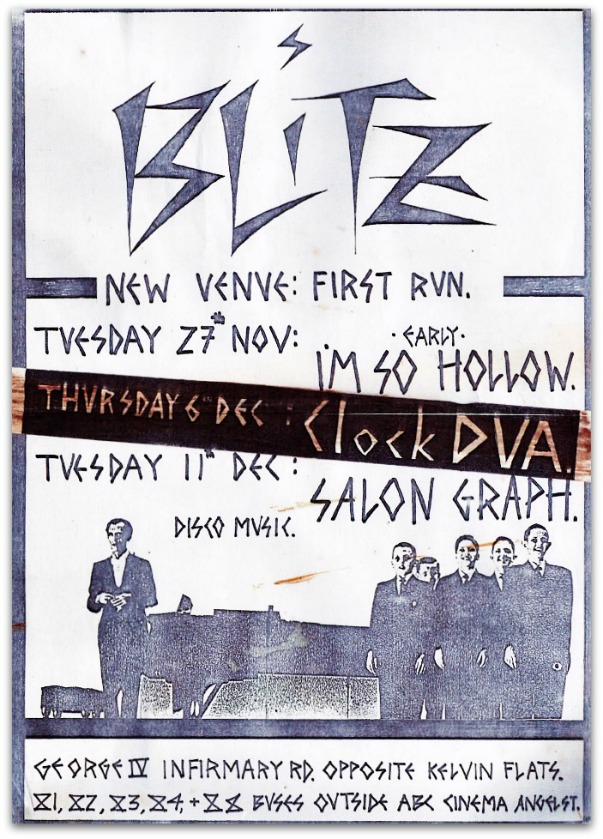 Having seen I’m So Hollow on the opening night, I’m now a Blitz Club regular. ClockDVA even played here last week, though it was only our fifth gig in six months. Salon Graph’s singular, arid psychedelia fills the upstairs room of the George IV pub. Spindly, whirring, insistent, unpredictable, the band’s daddy longlegs rock and roll bounces off the walls. I’m standing halfway back on the left-hand side, among a hundred-plus like-minded fans, strategically positioned for the best view of Pam. She’s dressed in black, with a Maverick cowboy necktie; an avenging Annie Oakley who’s right at home amid the pub’s faux ranch-style decor. Elliott, a janitor of lunacy on leave from nearby Middlewood Hospital, leads the band through a mighty version of ‘Drowning’ with its anthemic chorus:

“Nobody’s gonna sink this ship, because they’ve got a fear of drowning.”

I’m hoping for another smile, like the earthbound Kohoutek admiring his distant, flaming comet from afar.

The roles are reversed on Christmas Eve. Back at the Broadfield, Pam is watching me. Their usual wood-chopper Brent being unavailable, I’m sitting in on drums for local punk-rock heroes the Stunt Kites, delighted to be at the heart of their wailing whirlwind of defiance. Afterwards there is a chance to speak to my prettiest star, but my tongue is a tombstone, flat on the floor of my mouth. A week later, Pam Young leaves Salon Graph.

Elliott, Burden and Rootes reconvened a few months later as The Musical Janeens.

Ian ‘Eric’ Burden joined The Human League, co-writing the hits ‘Love Action (I Believe In Love)’, ‘Mirror Man’ and ‘The Sound Of The Crowd’.

I played drums on a session with Elliott and Ian in a studio on Devonshire Street in 1984, on tracks for Elliott’s planned solo album. I don’t know if they were ever released.

Pam Young went to work for Zoo Records in Liverpool. She is one of the score women celebrated on the cover of Julian Cope’s 1995 solo album ‘20 Mothers’. 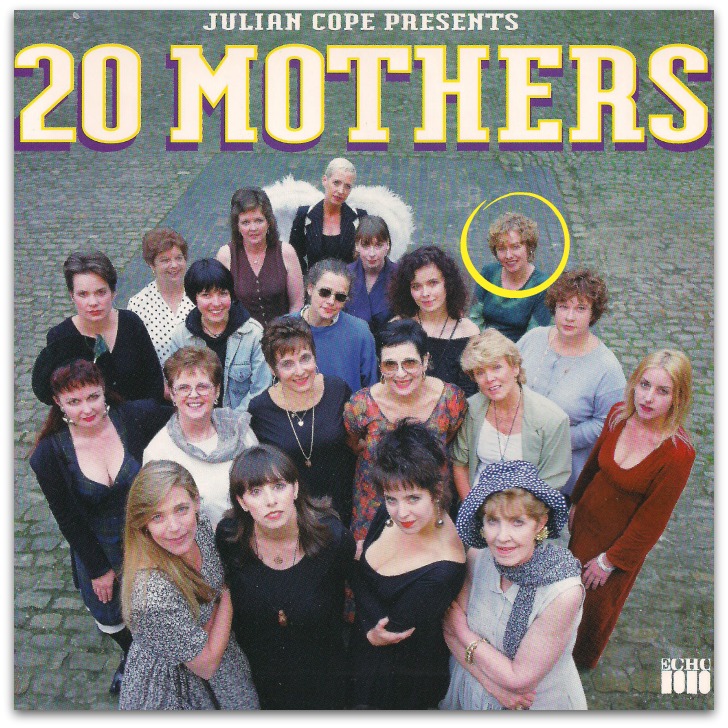